Today is a short video post (hopefully it comes through for everyone) showing a moment of creativity.

We rarely get snow where I live now, and  even rarer is seeing a plow on our street. But when the plow does come through, it invariably blocks our driveway with snow that we have to shovel again. Well, the below is a clip from Alaska (or so it was credited where I picked it up) of a plow that doesn’t block your drive with snow when it plows your street.

Well last week I did one thing: I ran three days a distance of 5K. One was outside in the cold. I took that relaxed. The other two were in the wellness center on a treadmill. Both of the latter I took at 24:30 and 24 minutes respectively.

So in good conditions I can do 24 minutes. But how do I do that on an outside course with uncertain temperatures? The next race is in flat North Kansas City, but on Feb. 11. Weather could be cold or hot that time of year, that time of morning.

But I ran those three times, those nine miles. I also got by cycling miles in for January. Approaching 300 for a 250 pace isn’t bad.

Now I just need to get up and actually go to the pool sometime, to get the third prong of my triathlete status back up to speed.

O spread the tidings ’round wherever man is found,

Where ever human hearts and human woes abound;

The Holy Ghost from heav’n — the Father’s promise giv’n;

O spread the tidings ’round, wherever man is found —

The long, long night is past, the morning breaks at last,

And hushed the dreadful wail and fury of the blast,

As o’er the golden hills the day advances fast!

Lo, the great King of kings, with healing in His wings,

And thru the vacant cells the song of triumph rings:

O boundless love divine! how shall this tongue of mine

That I, a child of hell, should in His image shine!

About 13 months ago I put up a post about reorganizing the kitchen. We’ve been in the house 13 years, and the kitchen had never been reorganized, though our lifestyles had changed.

Today I made the first significant change to the kitchen since that day 13 months ago. The kitchen has been more serviceable, but the space still was constrained. In the meantime, we’ve been examining the rest of the spaces in the house.

This is our 30-year house, now in it for 13 years, and it had all the features that we wanted. But it is amazing how lifestyle has changed, and how much of the house we haven’t really been using in that time. We have ideas for remodeling parts, when we have money, but in the meantime, there are still possibilities for the spaces we have but aren’t using.

Our playroom has become our winter dining room, and today we turned the dining room into a pantry. We had food stuffed in various cupboards and shelves, but the problem was that people could never see any of the food. “We have nothing to eat here.” So we picked up the below shelving unit and put it into the unused dining room. 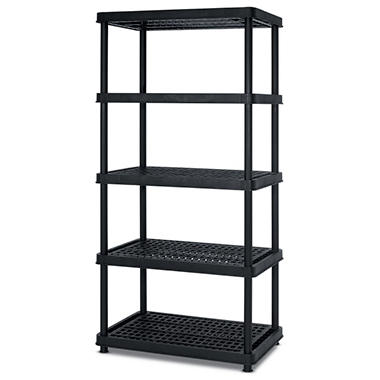 Once we started loading it up with food it was amazing how much food we had. How much of one thing we had, and what of other things we didn’t.

It was very easy to make supper tonight. 10 boxes of macaroni and cheese? Decision made. Spice it up with some ground meat and peas, to make a full-meal casserole.

Now we can see what  we have, and what we need to pick up to have a good stock of food to prepare whatever we want at any time.

Next will be freezer reorganization, and the making of pantry lists: what items we always want to have on hand, and how much. Perhaps lists for various times of the year, when we want to stock more or less of various items.

In January of 2007 our family of 4 had its first Disney Trip together. It was a side trip from a family funeral in Florida; a one-day excursion to the Magic Kingdom. The kids were 10 and 7. We got there right after open and stayed as long as the kids were happy: which was amazingly until the closing fireworks. In fact, the only tears were from the daughter on the way back to the hotel, when she realized it might be a long time until we got back (and it was:2012 — though 5 years isn’t that long overall).

So here are some pictures from that magical time:

Greeting Mickey at the Toontown Fair

We will see if the above actually works on the blog. But is is about a device that secures classrooms by barricading the doors. Yes, holing up where the invader knows someone must be, since it is blocked up. So just take the gun and shoot the door open like they do in the movies, blast it apart, and this whole defense is mute.

What am I not seeing correctly about this situation?

P.S. — Today is one of those quick fix low thought post days.

How I praise Thee, precious Savior,

That Thy love laid hold of me;

Thou hast saved and cleansed and filled me

But with all thy wondrous pow’r

Flowing thru us, Thou canst use us

Emptied that Thou shouldst fill  me,

A clean vessel in Thy hand,

With no pow’r but as thou givest

Graciously with each command.

Witnessing Thy pow’r to save me,

Setting free from self and sin,

Thou who boughtest to possess me,

Thy fullness, Lord, come in.

Jesus, fill now with Thy Spirit

That the streams of living water

From our inner man may flow.

If you hang around with science fiction fans (of any flavor) you will inevitably hear a certain phrase. It’s always offered up with giggles, or a leer, or…

This week’s fitness update will have a few notes of the standard, and a lengthier report of the first race in the Progress Series of four races (sponsored by the Running Well Store).

To quickly go through the stats: No swimming yet (hand still in splint — seeing doctor today to update that status); running up to 10.60 miles for the year; cycling 196 miles out of the 250 for the month.

And so to the Progress Series. The series is four races: 1 mile in January; 5K in February; 10K in March; and half-marathon in April.

I picked up my packet on Friday at the Running Well Store on Friday, and found out I was in the first wave, because I had put in my expected time as 7 minutes, when I had been practicing for 7:30. So I asked to have my wave changed to wave 2.

The race was at English Landing Park in Parkville. I hadn’t been in the park before, so it took me awhile to find the race course — on the leg out by the off-leash dog park.

I got there early enough to walk the course. It was as flat as any course could be, with sandwich board placards on the side every quarter mile, and cones at the end to create a turnaround through the dog park parking lot. It helped me feel more comfortable with the upcoming race.

We saw heat one start and I talked to the other members of heat two while we waited. We all seemed to be set for the 7:30 time. So when it came time to line up, I made sure I was at the back of the pack. The horn sounded and we were off.

I had spent the last couple of weeks trying to find my 7:30 pace for the mile by practicing on the treadmill in the wellness center at work. But I had not practiced it outside. My usual outside running was at a 5k pace, and I wasn’t sure how well I could push myself to a different tempo for the mile. But when the horn sounded, I stepped out, made sure I was with the pack, and felt for myself the tempo, the load on my legs, and especially the breathing.

And when I found my tempo I started passing most of the pack until I was in third place right after the first quarter mile. The three of us were fairly close. I found myself still gaining slowly, and adjusted my tempo just the slightest to stay in second place. But after coming around the  halfway point I finally couldn’t hold back any more, and actually passed into first place for the third quarter of the race.

Being in the lead I checked myself; was I staying on pace? I actually stepped up a bit to my initial pace. It wasn’t until the three-quarter mark that  I heard someone gaining on me. “Go for it”, I called out.

“Put on some speed” he replied.

So I watched him pass me until I got the the final stretch, and the “Dig Deeper” sandwich board. I did have some and dug deeper, mostly by lengthening my stride a bit.

I could see the clock at this point: 6:40 — that was way faster that I thought possible. At this point I just wanted to finish under 7:00.  So I ran through the objective and over the finish line at 6:51.

So that is my best personal record mile. I went to the Legion Post to see the results, but the link from the starting trailer wasn’t working right away. So I came home to look up my stats.: 14th overall, 2nd in age bracket and 12th by sex. The one odd this in that the competitors for position 157 and after all showed times several hours long, so I assume there is still some glitch in the results, but I don’t expect i to affect my placing.

Now I need to start practicing my pacing for the 5K. If I ran the pace of the mile for the 5K (year, really!) I would have a 21-22 minute 5K. My pace for the corporate challenge, my only competitive 5K to date, has been around 26. I am expecting that I should be able to make 25, possibly 24 if I practice right for endurance, find my pace, and the weather cooperates; not too hot, and not frezing cold.

Since the Comforter has come;

He abides with us forever

Makes the trusting heart His home.

What assurance in my soul!

On the stormy sea He speaks peace to me —

How the billows cease to roll.

Bringing life and health and gladness

All around, this heav’nly Guest

Chang’d our weariness to rest.

So the Holy Ghost is given,

Coming on us from on high.

See, a fruitful field is growing,

And the streams of life are flowing

In the lonely wilderness.

What a wonderful salvation,

Where we always see His face!

What a perfect habitation,

What a quiet resting place.

The Eclectic Mind of an Author

Taking over the world and leaving it ruthlessly alone

Companion to the book Lying with Memes, with examples of bad memes.

Larry and Kristy, teachers in The English-speaking School of Lubumbashi

The excitement and challenge of a new phase in our lives.

the life of a foreigner

Helping you Find the Information you Need

This, that, and the other thing

Be Swift, Be Precise

Be Swift, Be Precise
Blog at WordPress.com.